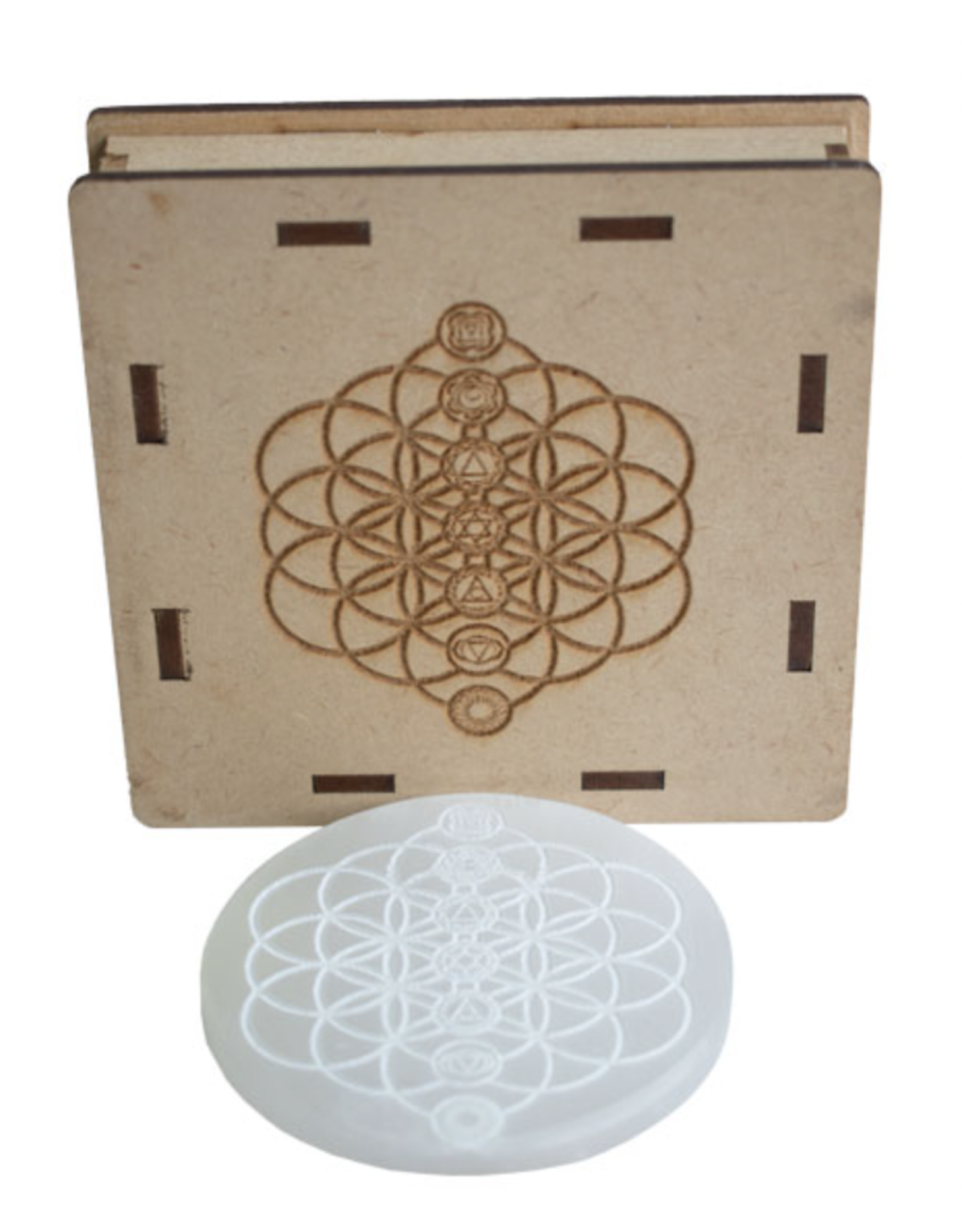 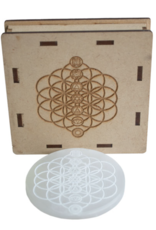 Charging plates are perfect for gathering crystal treasures for an energy bath. Beautiful, shimmering selenite is enhanced with a delicate carving of a chakra crystal grid. It comes in a wood box for protection.

Selenite is named after the Greek word for moon, contrary to popular belief, it contains no significant selenium. Selenite is a form of fibrous and crystallized gypsum, of which there are three other varieties; satin spar, desert rose and gypsum flower. These four varieties are sometimes grouped together under the name selenite.

As a healing stone, its soft light is sought after to provide clarity of mind and expanded awareness of the higher self. An incredible property of selenite is that it does not need to be cleansed as it continuously clears and recycles energy. It is said to help regenerate the cellular structure and has been used to correct skeletal disorders and to promote flexibility.

Crystal grids are used to manifest intentions by placing multiple crystals upon a sacred geometry pattern, working toward a common goal or purpose. The Seed of Life is formed from seven circles being placed with sixfold symmetry, forming a pattern of circles and lenses. This acts as a basic component of the Flower of Life's design. Leonardo da Vinci studied the Flower of Life's form and its mathematical properties. He drew the Flower of Life itself, as well as various components such as the Seed of Life. He drew geometric figures representing shapes such as the platonic solids, a sphere, a torus, etc. and also used the golden ratio of phi in his artwork; all of which may be derived from the Flower of Life design.

Mandala in Sanskrit means lit or circle. It is a spiritual and ritual symbol in Indian religions, representing the universe. In common use, mandala has become a generic term for any diagram, chart or geometric pattern that represents the cosmos metaphysically or symbolically; a microcosm of the universe.

The word Chakra comes from an ancient Indian language known as Sanskrit, chakra means vortex, spinning wheel or circle. Chakras are the major centres of spiritual power in the human body and are circles of energy which balance, store and distribute the energies of life all through our physical body along the subtle body. The subtle body is the non physical body or otherwise known as our soul or spirit, which overlays our physical body. 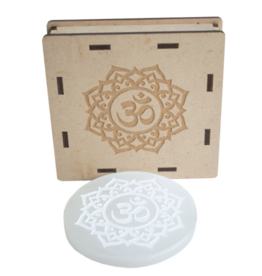