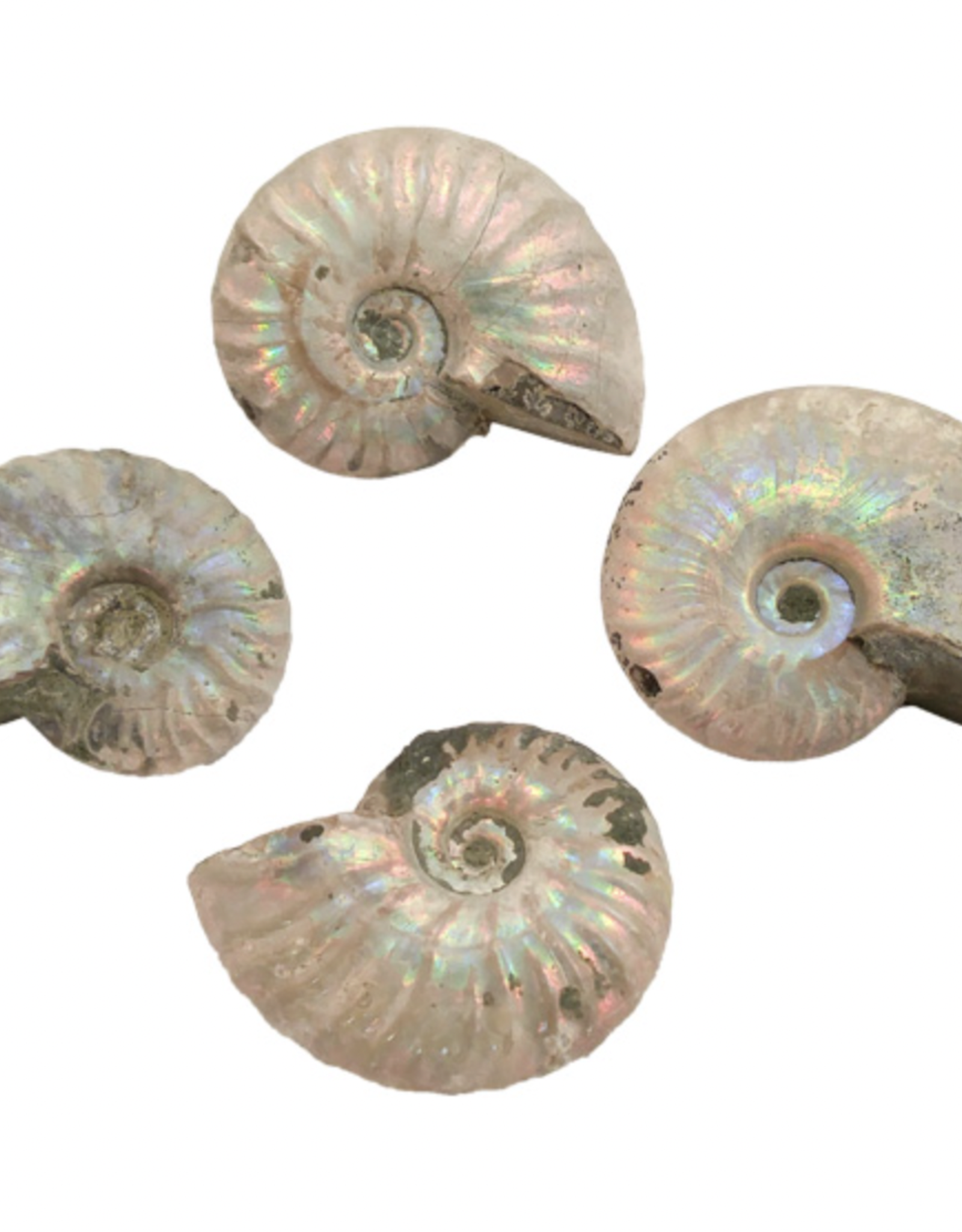 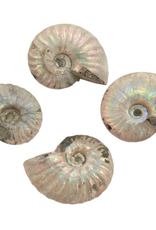 Within the aragonite shell of ammonite, thin platelets are present. When light is shone on an these specimens, light is reflected. This leads to the vivid spectrum of colour observed in iridescent ammonites. The thinner the platelet layers, the more the reflected light tends toward blue and violet shades, whereas thick platelet layers often lead to an iridescent effect mostly consisting of the usual greens and reds.

Ammonite, which means coiled horn, was a prehistoric air breathing invertebrate. It looked like an ancestor of the squid except its body was protected by a shell which it grew by adding chambers in a spiral pattern. The shell is divided into chambers separated by walls called septa, strengthening the shell.

No two pieces are alike. Each one will slightly vary in size and shape. Please contact the store directly for specimens we have in stock. 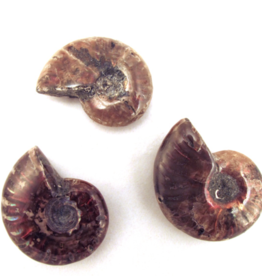 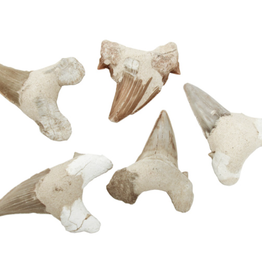